Update 2014/04/29: for the record Boon is the new JSON implementation for Groovy. groovy in the benchmarks actually refers to the old implementation.

For some reason I ended up looking at Andrey Bloschetsov’s JSON benchmarks. I found a few mistakes in the way the benchmark was written, and here is how I revisited and fixed it.

Spoiler alert: the results are similar because the code under test is complex enough, but fixing potential flaws never hurts.

The benchmark is written with OpenJDK JMH, a solid harness for writing benchmarks. With the results exported to a .csv file, I was able to plot the results: 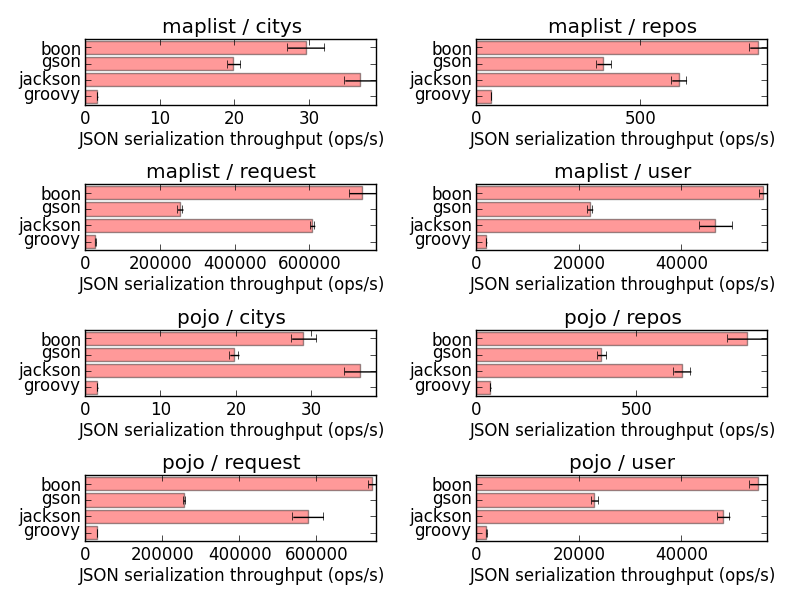 Looking at the source code I found a few areas of improvement.

While JMH-built benchmark settings can always be tweaked from the command-line, I thought it would be better to improve the default settings:

(a similar change was made to the SerializationBenchmarks class)

Iterations are now longer than the default 1s, and we have more warmup rounds. I could not observe much variation using different JVM instances, so a fork value of 1 is fine. It would be worth having more forks if the resulting values were less contrasted.

I also set the JVM options and introduced -XX:+AggressiveOpts. Since we are doing flat out benchmarking, why not just ask the JVM for that extra crazyness?

When it sees code with no side-effect, it simply removes it. I would recommend reading the list of optimization techniques on the OpenJDK wiki to get a glimpse of what clever tricks HotSpot employs.

The benchmark code was full of potential dead-code eliminations:

I simply replaced void methods with value-returning methods. This way, JMH consumes the value in a way that prevents HotSpot from thinking that the code in the method is useless. Another way to do so is to push values into a JMH-injected Blackhole object.

Looking at other places in the benchmark source code, you could see that the author actually knew about dead-code elimination:

The call to json.charAt(0) was probably meant to ensure that the result value of boon.serialize(...) was not going to considered as dead-code.

I did not check what native code HotSpot generated, but I suspect that the json.charAt(0) call itself was subject to dead-code elimination: it’s simple and free of side-effects.

You can see all my changes as a pull-request: https://github.com/bura/json-benchmarks/pull/3.

The new plots do not show much difference: 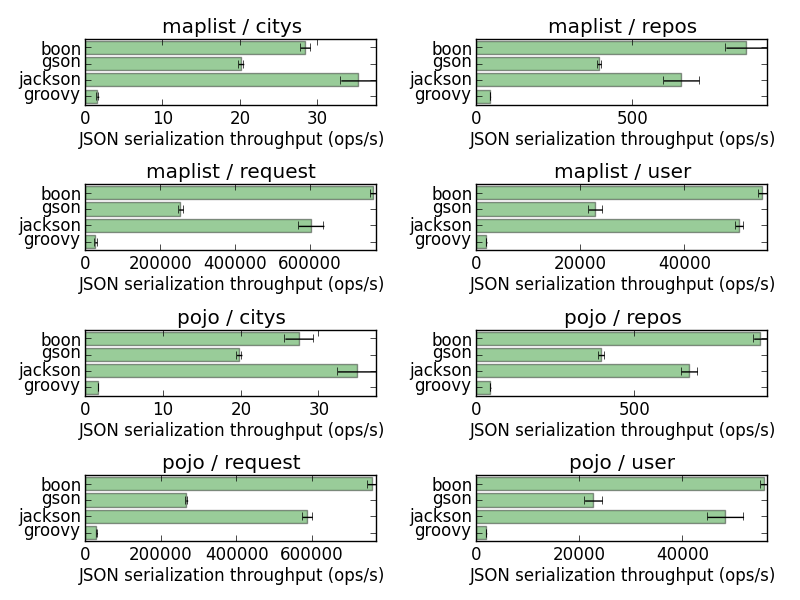 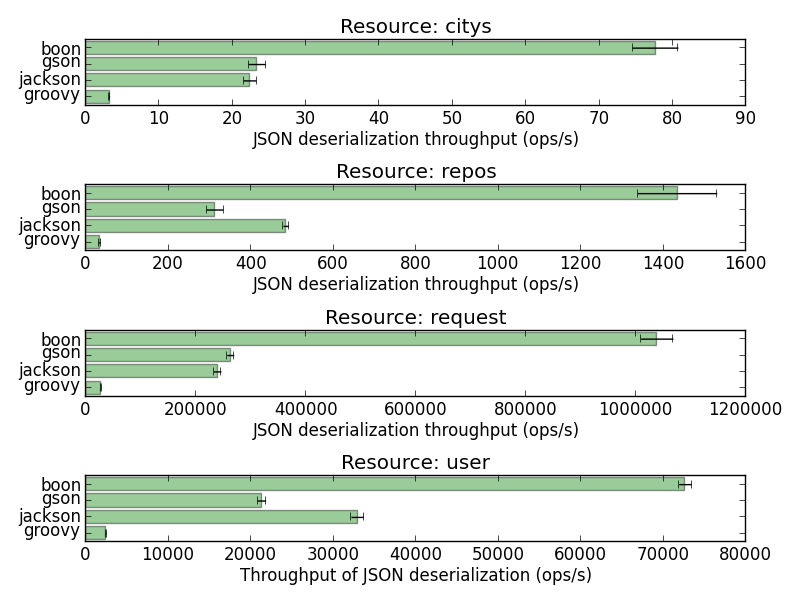 My fixes did not significantly change the figures, so what?

It turns out that the benchmark figures were good because the code under test for each library was complex enough, and possibly with some side-effects.

This is typical of writing benchmarks rather than micro-benchmarks.

It is actually very easy to reproduce the effects of dead-code elimination in simple JMH benchmarks. As an exercise, try to benchmark the following code:

What we see is clear: dead-code elimination in action! 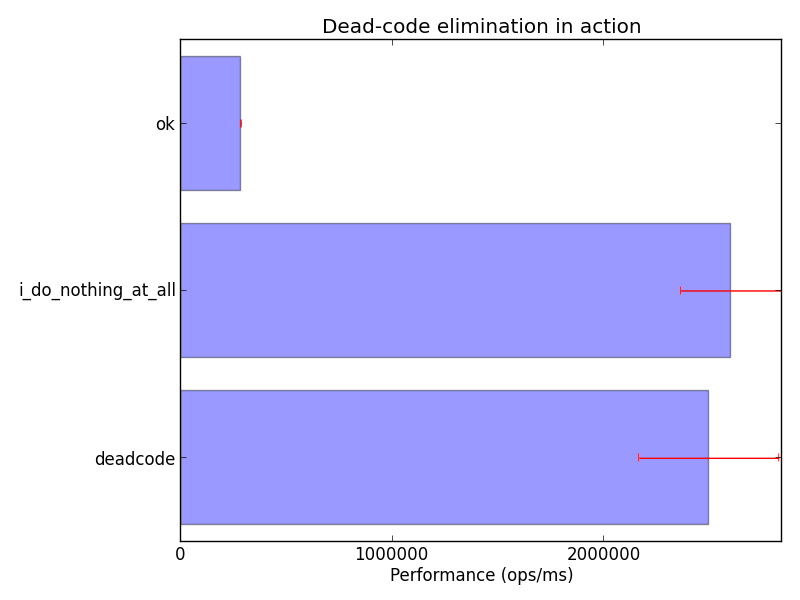 Benchmarks are always tricky to write right on the JVM.

Using JMH is a very good start, but JMH itself will not shield you from all HotSpot optimizations.

As a rule of thumb: always make sure that benchmarked code outputs are consumed, either as return values or using a black hole.